This article was originally published on https://www.pow-software.com/blog/pow-bytesync-will-run-on-windows-linux-macos/ on January 27, 2022.

We are now able to confirm it: ByteSync will be cross-platform and will work on Windows, Linux and macOS 🪟 🐧 🍏 !
Moreover, the solution will be interoperable: it will be possible to synchronize data between any client, regardless of the operating system on which it is running.

This offers very interesting perspectives for companies that will use ByteSync. They will benefit from a unified remote data synchronization solution that will work with the same user interface and functionality on Windows, Linux and macOS.
As a result, ByteSync will be able to adapt to the majority of information systems, even when they are composed of heterogeneous hardware and operating systems. For example, it will be possible to use the solution to back up data from Windows or Mac machines to storage spaces managed with Linux.

To run on Windows, Linux and Mac while providing a modern and unified user interface, ByteSync is based on Microsoft’s .NET 6 platform and the Avalonia UI framework.

.NET 6 is a free and open source framework for Windows, Linux and macOS operating systems. Released on November 8, 2021, it is the successor to .NET 5, which was itself the successor to .NET Core and the .NET Framework. .NET 6 is designed to allow developers to build applications that are runnable on many platforms (Web, Mobile, Desktop, Cloud, IoT, etc.). Several programming languages are offered, such as C#, F# and Visual Basic, and many community projects are available to extend the capabilities of applications.
Microsoft plans to support .NET 6 for three years, until November 8, 2024, as a long-term support (LTS) release.

Avalonia is a framework for developing graphical user interfaces for applications designed to run on various operating systems, including Windows, Linux and macOS. Free and open source, it is easy to handle and allows the use of modern development techniques (such as the Model-View frameworks).

Thanks to the use of these technologies, here is the list of operating systems with which ByteSync will be compatible: 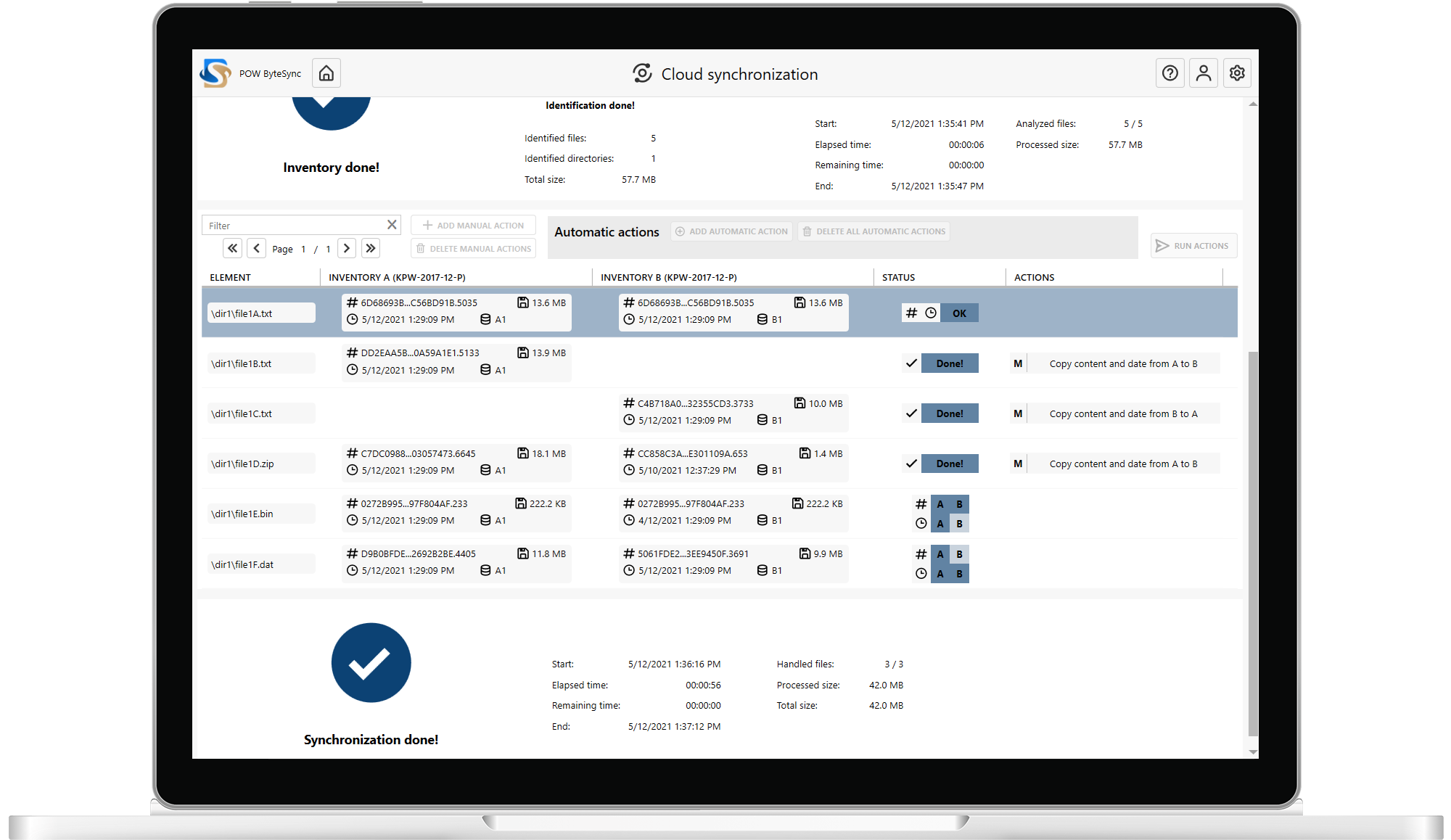 ByteSync is data synchronization software for Windows, Linux and macOS.
This solution can be used as a complement or alternative to FTP / SFTP synchronization and backup applications.
Based on the cloud and rsync, ByteSync can be deployed in a couple of minutes and provides excellent synchronization performance.

When the Beta version is released, we will provide :

We will then adapt the release packages according to the users’ requests.

We are currently finalizing the development of the first public version of the solution. When this version is ready, we will publish the software documentation, in English and French, and we will launch the Beta program. We will give more details on these topics soon.

Find us on social networks to follow our news, releases and discover our videos.

This website uses cookies to improve your experience while you navigate through the website. Out of these, the cookies that are categorized as necessary are stored on your browser as they are essential for the working of basic functionalities of the website. We also use third-party cookies that help us analyze and understand how you use this website. These cookies will be stored in your browser only with your consent. You also have the option to opt-out of these cookies. But opting out of some of these cookies may affect your browsing experience.
Necessary Always Enabled
Necessary cookies are absolutely essential for the website to function properly. These cookies ensure basic functionalities and security features of the website, anonymously.
Functional
Functional cookies help to perform certain functionalities like sharing the content of the website on social media platforms, collect feedbacks, and other third-party features.
Performance
Performance cookies are used to understand and analyze the key performance indexes of the website which helps in delivering a better user experience for the visitors.
Analytics
Analytical cookies are used to understand how visitors interact with the website. These cookies help provide information on metrics the number of visitors, bounce rate, traffic source, etc.
Advertisement
Advertisement cookies are used to provide visitors with relevant ads and marketing campaigns. These cookies track visitors across websites and collect information to provide customized ads.
Others
Other uncategorized cookies are those that are being analyzed and have not been classified into a category as yet.
Save & Accept